I spent the first two nights in Rome because it had the most history of anywhere else in Italy. Flights there came to around $700 round trip because I booked it close to the date. 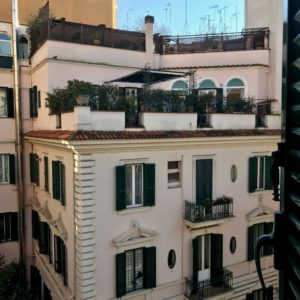 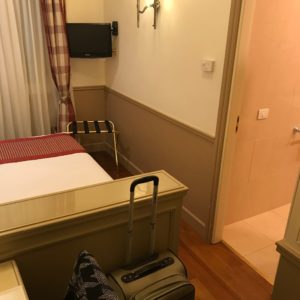 From there it would be a quick $100 plane ride to Catania in Sicily, a town that didn’t have as much stimulation from other tourists. I wanted opportunities to do what locals did as well. 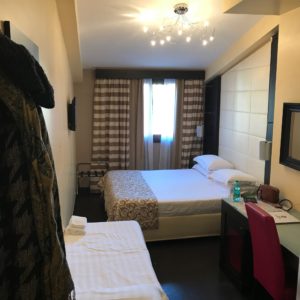 In Rome, I was okay navigating to my hotel and following directions on Public Transportation to get to the Gallerie Borghese and MAXXI Museo nazionale delle arti del XXI secolo. 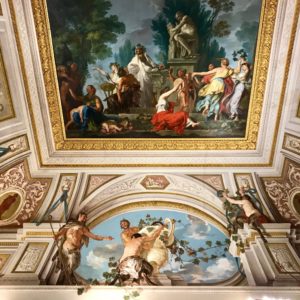 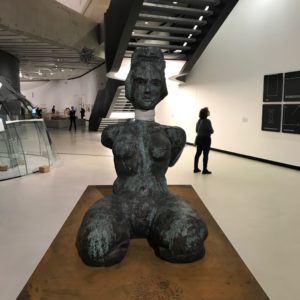 I also managed to squeeze in time for a “Hop On Hop Off” bus that drove past the Colosseum and Vatican. 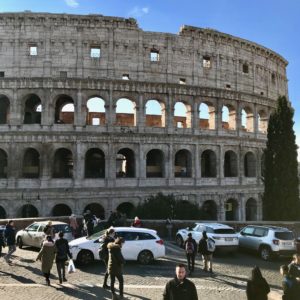 There was a lot of walking while eating vegan gelatos in Italy and standing at bars taking espresso shots. 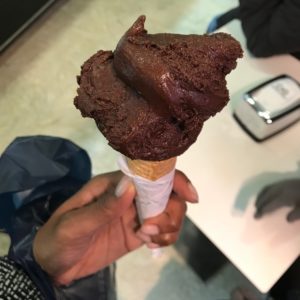 Purchasing gifts to bring home and negotiating with vendors didn’t feel too different from home because most people spoke English as well as Italian in Rome, 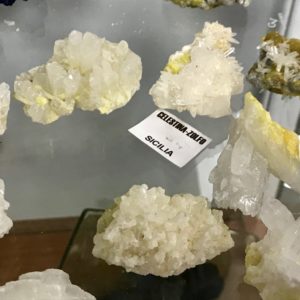 however I felt for the first time that America wasn’t the center of the world when not everyone spoke English in Sicily. 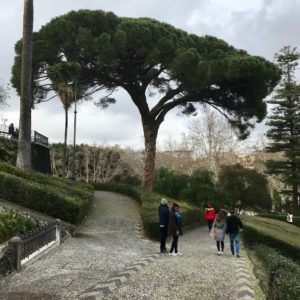 Lucky for me, most Italian dishes use simple ingredients and olive oil instead of butter, so asking for no meat and no dairy in restaurants made converting meals like pasta and pizza into delicious vegan dishes that were not too foreign. 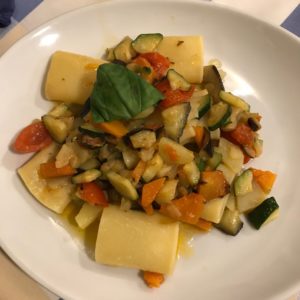 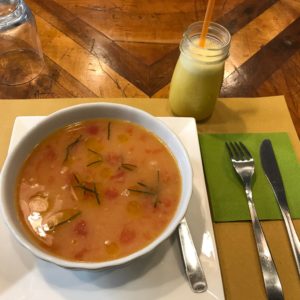 at the produce market in Catania because sometimes body language and tone was all we had to understand each other. It was deregulating to experience how the value of the Euro was more than the Dollar. 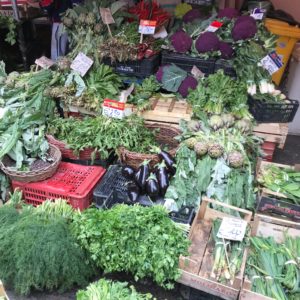 Rome was diverse but Sicily often had me as the only tall black girl around. There are Africans in Sicily but despite feeling self conscious, most people did not stare or treat me differently. 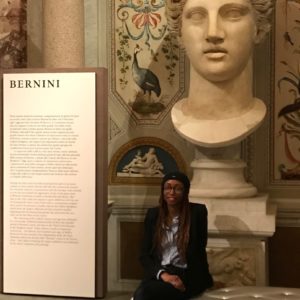 In fact, most people were excited to practice english and offer directions or recommendations. 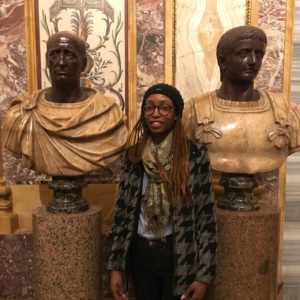 If I had more time, one thing I would have tried to do is drive a Vespa around Italy, however traffic is super aggressive and there is rarely anywhere to park. Some locals parked their little Fiats horizontally, backing up into a vertical parking spot. My favorite parts about this trip were experiencing the range of natural elements, 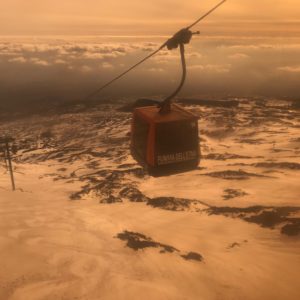 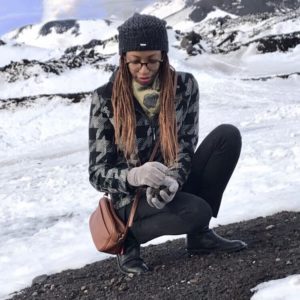 like going up the active snow capped volcano Mount Etna, 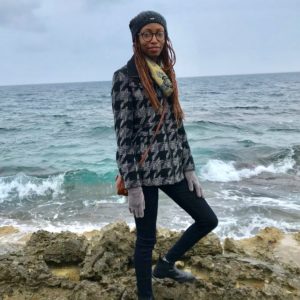 down to the beach in Sicily, 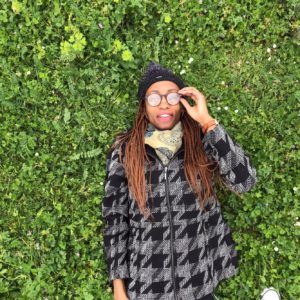 over to the grassy ruins of the Greek and Roman amphitheatres and joining the crowded streets in the city at night. 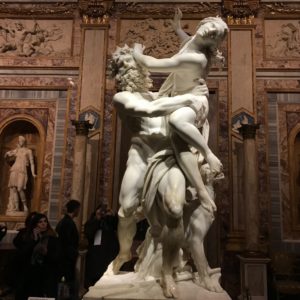 The landscapes, art, architecture and people were all gorgeous. 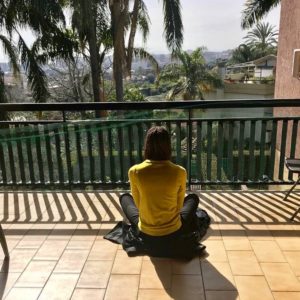 The most life affirming part of this trip was to see people doing the most common things, like working, eating, playing and enjoying life.

Until next time, Ciao!